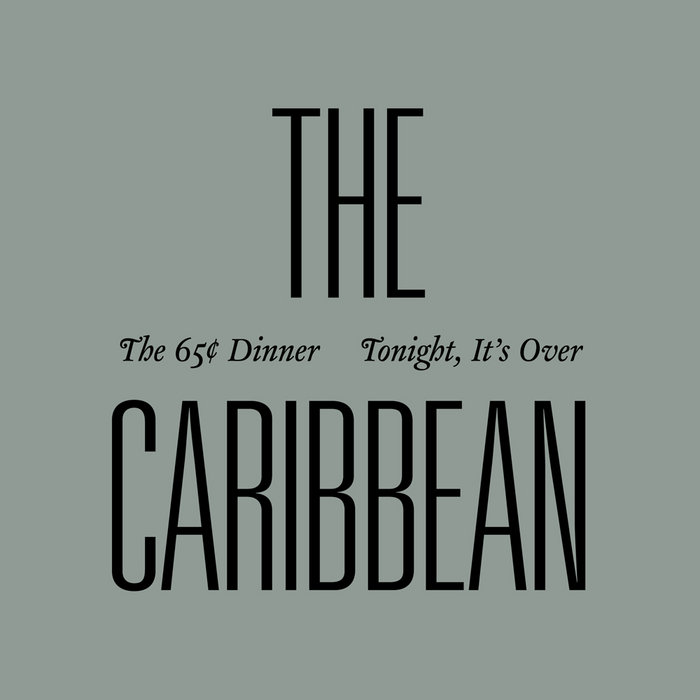 Washington DC’s The Caribbean has been making experimental pop music since 1999. Their latest album for Hometapes, “Discontinued Perfume,” was praised by Pitchfork, Pop Matters, The Washington Post, Blurt and Magnet. Their music is often described as subtle, crafty, shadowy, cynical, beautiful, observational, oblique and surreal.

For those who haven’t heard them before, “The 65 Cent Dinner” is the perfect introduction to the world of The Caribbean. The sonic details are all here: the hushed vocals, spacey keyboards, deep bass, glitchy loops and catchy chord progressions. The song describes a person “caught at the intersection of euphoric good fortune and dark emptiness,” according to singer Michael Kentoff. The lyrics are a cryptic storytale, and inspired in part by the writings of the poet Weldon Kees (who disappeared in 1955; his abandoned Plymouth Savoy was found with keys in the ignition on Golden Gate Bridge).

The Caribbean are, in order of appearance, Dave Jones, Michael Kentoff, Matthew Byars, Tony Dennison, and Don Campbell.
Thanks to Nick Butcher for tape, twig, and leaf loops on "The 65 Cent Dinner."
Songs by The Caribbean -- You Have That Lost Look Again, ASCAP © 2011
www.thecaribbeanisaband.com

* Probably 1955: his Plymouth Savoy was found abandoned with the keys in the ignition on Golden Gate Bridge, July 19, 1955, and he was never seen again.