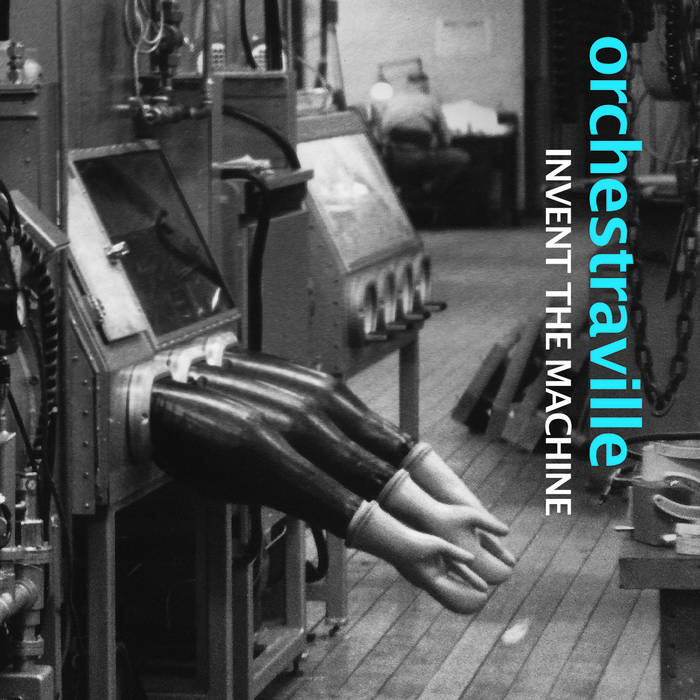 Recorded in 2001, "Invent the Machine" is unique in Orchestraville's catalog. Guitarist Matt Duckworth (The Original Onions, The Gainesville Dropouts) left the band shortly after the recording sessions, and his influence is heavily felt on these 5-songs. Thanks to the interplay between Duckworth and guitarist Christopher Forbes, these songs have intricate yet subtle layers of guitars. Forbes, Duckworth and Hanlon contributed stacks of background vocals, while Dave Pascoe carved out unique counter-melodies on bass.

While these songs remain largely unknown in their catalog, they featured prominently in their 2010 live sets.

Though it saw a limited CD-R release in 2010, this is the first physical release of "Invent The Machine" on a pressed compact disc.