If Not Now Then Summer 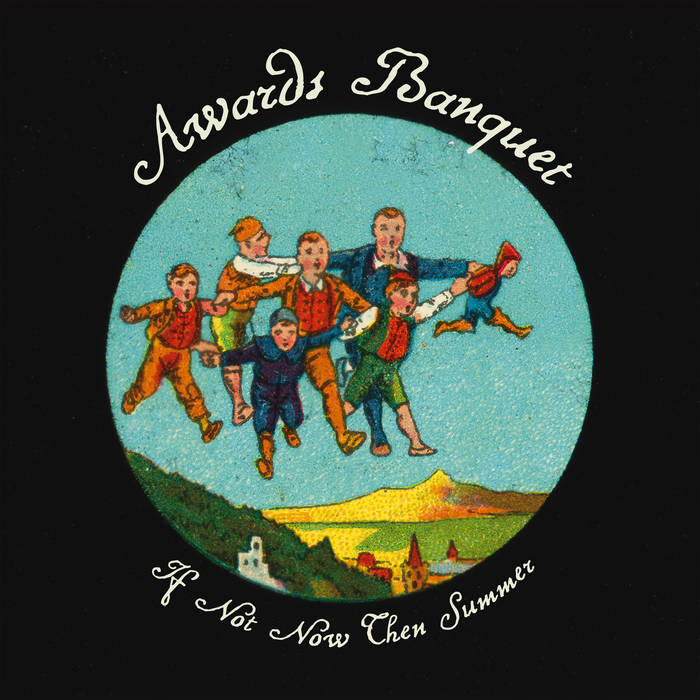 Jeffrey Forsythe Jr It was very hard to pick a favorite as this is one of those albums that needs to be appreciated from beginning to end. It is an amazing work of art that should be listened to several times in order to absorb what is there. Favorite track: Ghost Character: The Explanation.

If Not Now Then Summer is the debut album from JP Olsen’s band, Awards Banquet. A record of alternately sunlit and seething Olsen originals, it evokes the homemade sonics of Flying Nun, the airiness of Loaded-era Velvet Underground and the driving menace of early Suicide, all the while supporting Olsen’s lyrical wit and memorable, deadpan vocal delivery.

If Not Now Then Summer sees Olsen tapping into Brooklyn’s vibrant independent music scene to further fashion his odd, frayed pop songs. And with this the band’s sound is as equally distinctive as his songwriting. Fellow Awards Banquet members include multi-instrumentalist Tyler Evans (Ed Askew/The Black Swans) on bass, guitar and organ, and Rob Heath (Malefactors of Great Wealth) on drums.

“We came in with a bunch of songs and during the recording we started to open up a lot of the white space in the music,” says Olsen. “So we went where that took us.”

Jason Kelly (Fergus and Geronimo) engineered the record and provides additional percussion. Kelly also co-produced Summer with Olsen, Evans and Heath. Guesting on Summer is The Black Swans’ Jerry DeCicca, who contributes a cameo vocal on the closing track “Every Sucker’s Got A Good Friend.” Winnipeg’s own Bryn Roberts plays on “Dion’s Pillow.”

The cover image of If Not Now Then Summer comes from a hand-painted slide by German polymath, Ernest Plank; it was used as part of a magic lantern presentation shown in the late 1800’s. The cover was designed by Olsen with Michael Jung (Alice Donut).