by The Original Onions 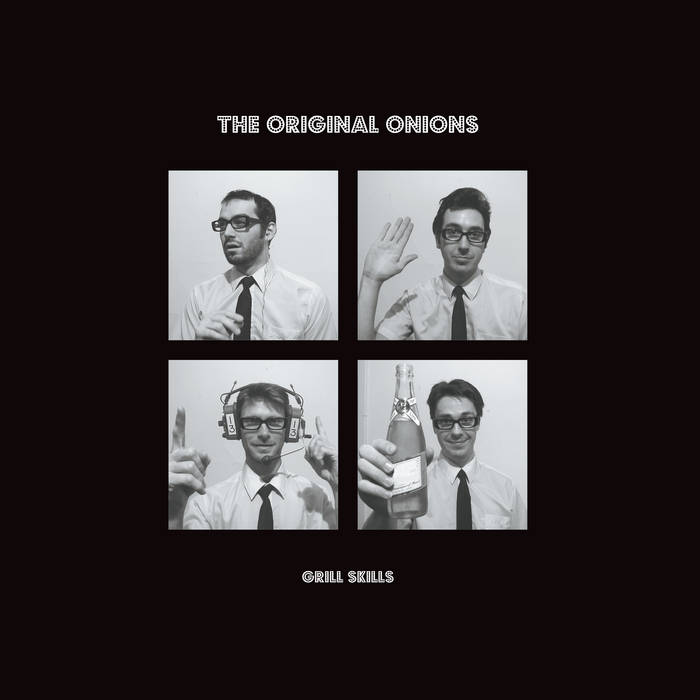 Long ago, in the year 1999, four bespectacled musicians posing as siblings released a homemade CD-R of surf-inspired instrumental guitar rock to friends and record stores in Columbus, Ohio. Over the next year, they traveled throughout Ohio, before half the band decided to move on. The Original Onions were dead.

But thanks to the internet, their music lived on. It was uploaded to Archive.org and Bandcamp. Under the Creative Commons license, their songs were used as soundtracks to surf videos on YouTube. In 2015, their songs were showing up on the weekly Top 10 Charts of internet radio station Surf Rock Radio. It seemed the time was right to introduce The Original Onions to a new generation of listeners.

Grill Skills features 15 tracks of dynamic guitar rock, including seven originals and eight re-imagined cover songs, from Henry Mancini soundtrack material like “A Shot In The Dark” to a Chantays-inspired version of A Flock of Seagull’s “I Ran (So Far Away)”. Throughout, the twin guitar attack of Les and Moe Onions glides across the steady rhythm section of Seymour Onions on drums and Bobby Onions on bass (the latter picking up the sax for a handful of songs). Recorded to analog tape at their rehearsal space, the original album was mixed to a digital tape and mastered on a PC running Windows 98.

This private press classic is now getting a vinyl reissue on Scioto Records. Lovingly remastered from the original DAT master, the album sounds natural, more alive and warmer than the original CD-R release. Cut by the legendary John Hull at Musicol Recording Studios, the vinyl packs 47 minutes of instrumental rock on two sides. After twenty years, The Original Onions still bring the goods.

Recorded at The Onions' practice space, 1999.

"Fear" was recorded at The Recording Workshop and mixed at Workbook Studio by Jon Chinn.

Engineered and Mixed by Les Onions.
Mastered by Seymour Onions.