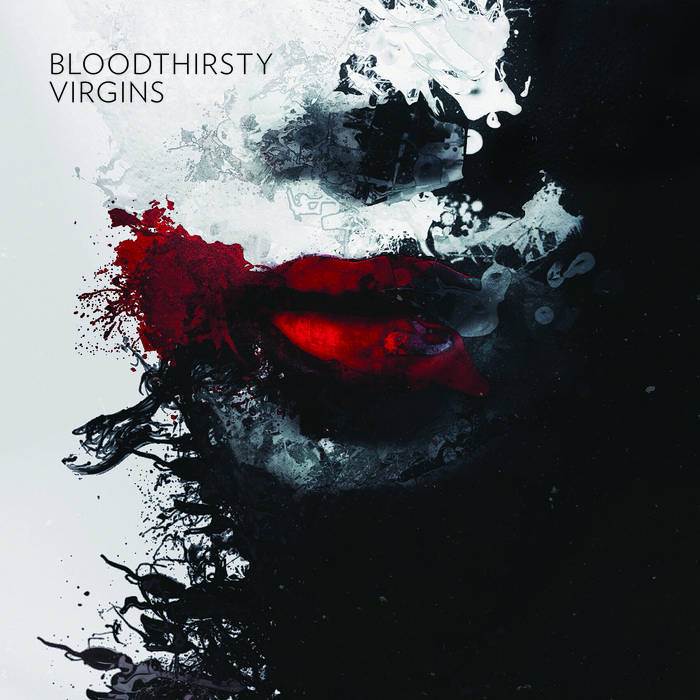 The self-titled debut album by Bloodthirsty Virgins is filled with beautifully tragic songs; a rock and roll record filtered through a cinematic lens.

The band is the brainchild of Nikki Wonder, a torch and jazz vocalist who developed her emotive style through years of theater training and fronting Columbus punk rock band Jack Neat. In 2014, Wonder traveled to London to see one of Kate Bush’s Before the Dawn concerts, and returned to Columbus thoroughly inspired and determined. She picked up a guitar and began writing. As a latch-key child of a single working mother and absentee father, Wonder grew up escaping with classic books and old movies, which fed her penchant for drama. Her songwriting is based on the soundscapes and hooks of those old movies and books; the stuff that fed her childhood fantasies of love and revenge.

Wonder’s lyrics contain an edge of danger and beauty. An innocent line can subtly imply illicit danger: “Would it be so wicked to love me?”, Wonder sings on “So Wicked,” and one can’t help but think the answer is “Yes.”

The record is lushly arranged: lavish vocals and fuzz pedal leads are anchored by a bombastic rhythm section. Recorded in a cavernous organ factory, the sound is clear and spacious.

The other members of Bloodthirsty Virgins are veterans in their own right: guitarist and luthier Scott Gorsuch (Lollipop Factory, solo artist), drummer/engineer Keith Hanlon (The Black Swans and Parker Paul) and bassist James Wooster (Knot Brothers and Perennial Rye).
The album’s cover image is “Lippen”, an original work of graphic designer and freelance photographer Ade Santora of Jakarta, Indonesia.